Examines various forms of distributed and open learning and related topics including its history and evolution. Explores the intersection of modality, pedagogy and access. Explores communities in online spaces and work with and across emerging forms of modality such as blended and multi-access learning. Introduces the concepts of open access licensing models, which have enabled open education, open research and open data.

Slides to be Discussed

Did you attend this class? Share your one-minute summary before midnight, the day of class.

I've completed responding to each of you in Forum 1 in CourseSpaces, and before I continue, I want to thank you all for the work you put into that. You all did well and what I have to say in this post does not in any way reflect on you or the work that you did.

However, the nature of the task that I asked you to do was less than ideal. Essentially, I asked you to provide a definition, some commentary on your opinion, and then ask a question for someone else in the class to comment on. This is pretty standard fare for a lot of online courses, and it was awful to read. [Again, not because of any deficiencies in your work, but because of the structure of the task.]

What ended up happening is that I received 43 posts, virtually all of which began with the exact same definition from the reading [go look, you're all very good students], followed by some opinions, and a variety of questions. The questions you asked were really good questions, and they were the most interesting part of your posts, because they go to what you want to know about the topic, rather than what I want you to know.

In the end, you all told me what I wanted you to tell me (as requested), even though I already knew the answer to my own question. So you were telling me stuff that I already knew. How dull.

I hope that over the duration of the rest of the course, you will be asking more questions. I am happy to provide the stems of ideas and sketch out problems and difficulties, but it will be you in your Learning Pods asking questions and working through answers with each other, then sharing your responses with 'the public' who don't know the answers to these questions. That way, you will be contributing to knowledge in the world and helping people to understand distributed and open learning better (even if it is only your mom reading your blog...), rather than telling me what I already know.

And, yes, Forum post 1 was intentionally designed to be dull and pedantic. I apologize.

View all of Going Meta on Forum 1

Here is an article from Oral Roberts University in Oklahoma that you might find interesting in light of our current topic of data surveillance. What do you think?

One final activity for you to consider.

An Urgency of Teachers

In Blog Post 1, each of you identified some educational tools on the web that you could use to engage learners in various modalities, and as you learned in Stommel's chapter, above, EdTech companies are not at all innocent of engaging in surveillance for profit.

Pick one of those tools and have a look at the Terms of Service (ToS). You can use Bill Fitzgerald's outline to evaluate the ToS. You don't need to do a full assessment, but see if you can learn some things about how the apps or tools you identified treat learner data.

You've read and viewed a lot about data and privacy in technology in general and educational technology specifically. What stands out to you? Use one or more of the activities you explored to inspire Blog Post #2.

Remember to connect with your Learning Pod while and after you write to bounce your ideas and writing off of them and get feedback.
You can use ethicaledtech.info to identify tools that respect learner privacy and data.

One of the first things that you should do to protect yourself online is to consider how you are protecting your own data and information. Many websites require that you sign in before you can fully participate in the site. This allows the owner of the site to track who you are and what you do on their site. Popular sites generate enormous amounts of data on you and your online activities, and that may not really concern you. Many people think that they have nothing to hide, so they have nothing to worry about.

Keep in mind that if the site that you are using is 'free', then the site and its services are not the product; you are the product. Your online habits are being scrutinized and subsequently bought and sold so that the original site and sites that purchase your data can more effectively sell you things.

Here is another video for you to consider.

For this activity, you will need to be using Mozilla's Firefox web browser. You can download and install Firefox here.

Once you have launched Firefox,

Lightbeam grew out of the Collusion project.

Tap the 'hamburger' in the top, right corner of Firefox.

Tap 'Extensions' and enter 'lightbeam' in the search window.

Tap the Lightbeam icon in your toolbar. 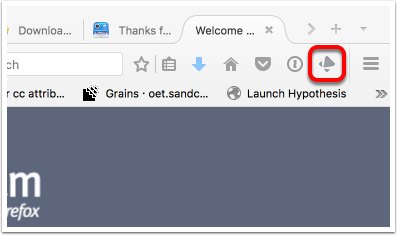 Now that you have Lightbeam activated in Firefox, you'll be able to see exactly who is tracking you as you interact on the web. Spend some time visiting sites that you would normally visit, and periodically check in on the Lightbeam tab in Firefox to see what sites are most active. Keep Lightbeam active for a few days and check in every once in a while.

What can websites learn about you?

You might know that websites track you, but do you know how much information they gather?

For this next activity, make sure your computer is not muted (you might want to use headphones) and visit https://clickclickclick.click.

What does Google know about you?

Google Apps for Education (GAFE) is very popular in K-12 contexts in BC, and there is an assumption on the part of teachers and districts that it is 'safe' because Google doesn't use data from GAFE to serve ads to learners. Well, Bill Fitzgerald has some ideas on that. You don't need to read that whole article, but may want to keep it in mind.

Here is how you can see what Google has on you. 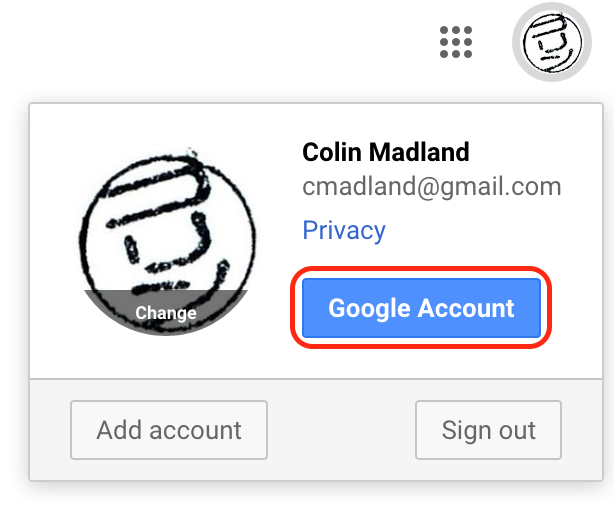 Tap 'Manage your data and personalization' 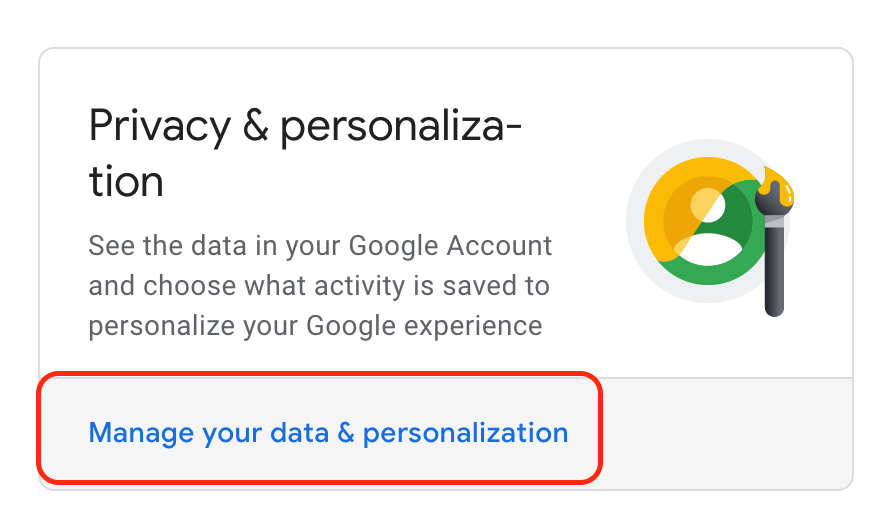 Notice that all of my activity is 'Paused'? I strongly recommend you do the same. 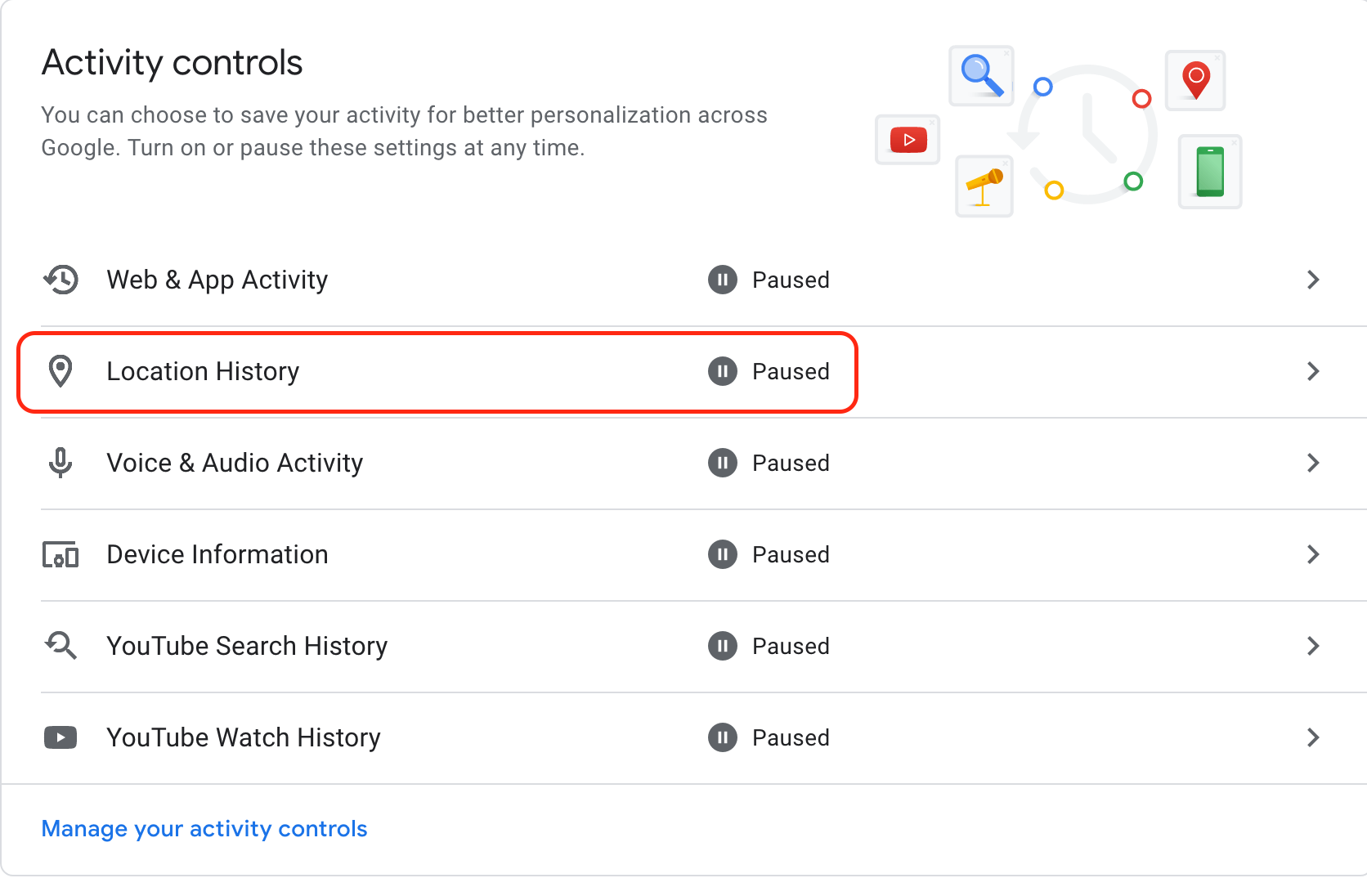 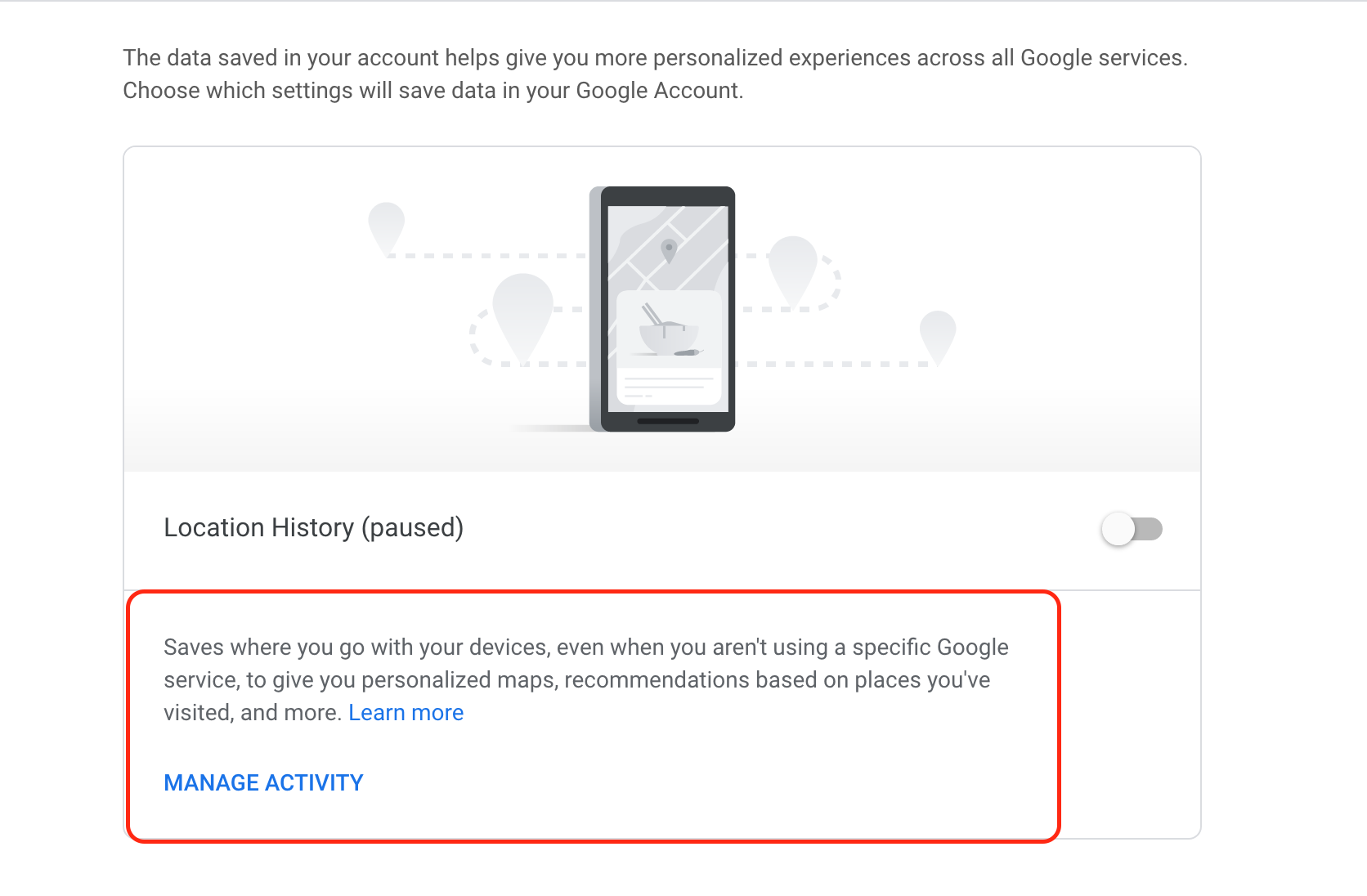 Some questions for you...

You can use these questions to inspire Blog Post #2 if you want, but that is not required.

What do you think about what Google knows about you?
Does the fact that Google (possibly) has that much information about your location for any given day concern you?
Should we tell K-12 learners that they can trust Google by normalizing the use of Google Apps? Should we use this data to predict which learners are at-risk?
Does collecting data put students at risk?

View all of Unit 4 - Tracking

There are several of you working through getting started in WordPress. If you and anyone in your Learning Pod want to connect with me in BlueJeans for a tutorial, please get in touch through any of my published channels. I'm available all day today except between 3-4pm PST.

For the next couple of days, we need to start integrating our knowledge of FIPPA with the nature of the tools that we use for learning. You hopefully know that there is a reason that the BC government requires public bodies to protect the data and information of our citizens, whether they are learners in K-12, like you in higher ed, or patients in our hospitals.

You hopefully know that the websites that we all visit gather large amounts of data about what we do online. Some sites use that data to improve their services, others to provide recommendations on what else we might like based on our past behaviour, and others sell that data to other companies to do what they want. Unfortunately, this isn't restricted to commercial sites like Twitter, Facebook, Reddit, and the like. Educational technology companies do it too.

I've mentioned previously that CourseSpaces is actually UVic's name for an LMS called Moodle. I decided to see what data has been gathered about EDCI 339 and the users who access it (Moodle doesn't differentiate between students and instructors, everyone is a user).

In a couple of clicks (maybe 4 or 5) I was able to download a spreadsheet of everything that has happened in the EDCI 339 course site since it was created at 4:28 PM, Pacific Standard Time, on April 24, 2019 until this morning at 10:52 AM July 31, 2019. Between those two times, there were exactly 10,000 'hits' or events that occurred in the site. Every single click by every single user was recorded and stored in a database. Unsurprisingly, the vast majority of those hits have happened in the last five days since the course officially began.

Below is a screenshot of a tiny portion of that spreadsheet from the very beginning of the course. 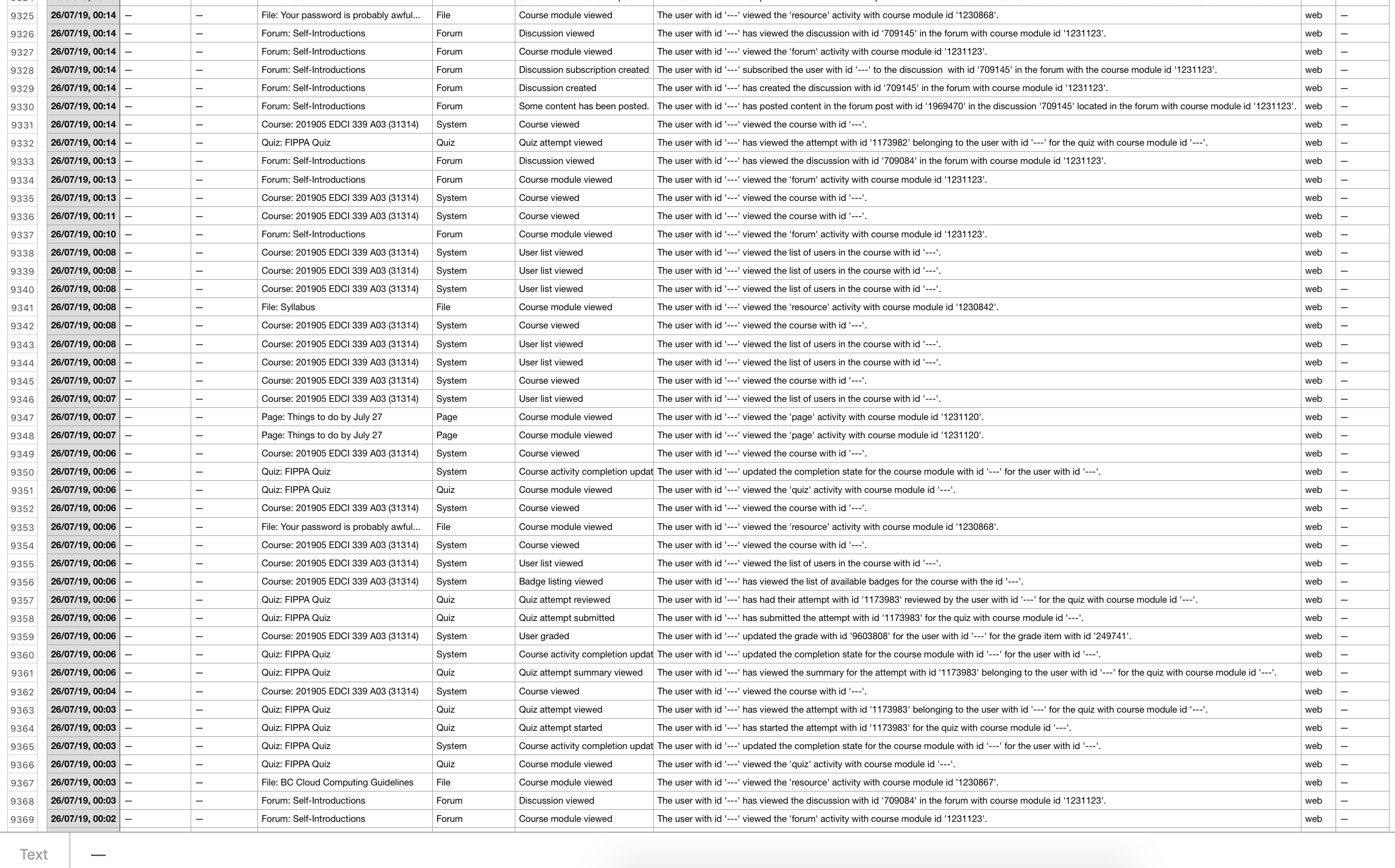 On the very left side, you can see the row numbers on the spreadsheet, then the date and time, followed by two columns that are redacted. These two columns are the names of the user and the affected user (if I grade your paper, I am the user, and you are the affected user). Moving across from there you can see which course this happened in, what occurred, in what part of the course, and who was involved. I've also redacted the ID numbers associated with each user. On the far right is another redacted column that displays the IP address of the user (this could allow someone to track a user's physical location).

As you can see from the spreadsheet, about 94% of the data in this sheet was generated over the last five days.

I would like for you to come out of this unit with two primary skills: